A few years ago, the topics during a tea-time confab were Gross Happiness Index, Bhutan, Himalayas and Taktsang Monastery. Like a seed planted grows into a tree, this discussion intrigued me a lot and my fascination to witness the Bhutanese way of living increased by the day. All the enthralling aspects of Bhutan and my all time obsession with nature, and mountains in particular, I added Bhutan travel to my bucket list.

Come 2016, life showed a direction towards pursuing my travel dream. And yes, I visited Bhutan, the Kingdom of Happiness.

Pristine landscapes, spectacular views, amicable people and their spiritual way of life, rich heritage, comforting food, and everything else so heavenly qualify Bhutan for a Utopia. Nestled in the Eastern Himalayas, Bhutan is full of never-ending range of hills, verdant plains, meandering perennial rivers, meditative sounds of the Buddhist chants and colorful prayer flags tied everywhere reminding us that nature and spirituality are inseparable.

Though the pictures don’t do justice to the real beauty of this paradise, and my words can’t describe the magical experience, I shall try my best to give a brief of how and what it was. Our tour was of four days covering the two major cities of Bhutan, Thimpu and Paro. A further long stay will give you much time and opportunity to explore the country better.

The Memorial Chorten or Memorial Stupa was built in the honor of the third King of Bhutan Jigme Dorji Wangchuck. It does not contain human remains, but just a photograph of the King. It is circumambulated in clockwise direction like other religious structures. We spent about an hour in the Chorten witnessing the annual recitation of ‘Seven Line Prayer’ to Guru Rinpochhe. The whole milieu was sacred and ingenuous.

We later visited the Great Buddha Dordenma, a 169ft gigantic Buddha statue and the Takin Preserve. Takin is the national animal of Bhutan.

The shops had a unique collection of handcrafted house decors, clothes, book marks, key chains, Bhutanese masks, Bhutanese musical instruments, hand bags, jewelry and many more. The place was a kaleidoscope of colors.

Tashichhoedzong build by the first Dharma Raja, is a Buddhist monastery and fortress on the banks of Wang Chu River. There are thirty temples, chapels and shrines within it. It is the office of Bhutan’s civil government and Kingship together. A few kms near the Dzong is the King’s palace, the Dechencholing Palace. The photograph below is an aerial view of the Dzong and its surroundings.

Coming to cuisine, red rice and buckwheat are Bhutan’s two main foods. Red rice in Bhutan has an earthy flavor. The Bhutanese make soups and stews out of various vegetables and meats (yak meat being a specialty).  Ema datshi, which is their national dish, is spicy made with large, green chili peppers in a cheesy sauce. It is one of their major comforting and widely made dishes. Momos (dumplings) are also quite famous. Butter Tea (also called Suja) is made of the Bhutanese Tea Leaves, Water, Butter and salt. The Bhutanese also include various spices like ginger, garlic, turmeric, caraway etc in their cooking.

Menu at a local restaurant, highlighted below are the Bhutanese dishes

The National game of Bhutan is Dha or Archery. We made sure we wore the traditional dresses of Bhutan (Gho for men and Kira for women) and played archery amidst the serene hilly terrains.

Traditional Architecture remains prevalent in Bhutan. Throughout its history, Bhutan has mainly followed the Tibetan tradition of Buddhist architecture. Any new structure construction is supposed to abide the rules. Read more on the Architecture of Bhutan in wiki here.

Touring Bhutan is not only a way to escape in the tranquility of nature, but also a fun trip getting to know their unique culture and tradition. It opens your heart to simplicity, variety and spirituality.

Revive your body and awaken your soul, go visit this magical Kingdom.

More on the remaining itinerary in next blogs. I will take through our Paro city tour and the sacred mountainous passes.

So..have you ever been to Bhutan? Please share your experiences, and blog links. Thanks for reading. 🙂 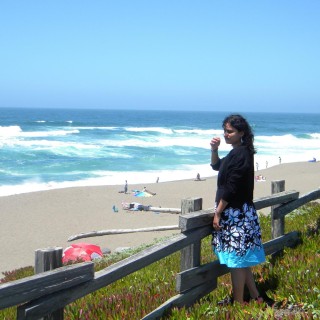 I am a rolling stone who can't let go off my roots.

I am an IndiBlogger!